I attended my first Office Christmas Party yesterday. I’ve managed to escape the Dilbertesque experience of white-collar employment until now. All the offices I’ve worked in either didn’t host a party or were too small to fit into the cartoon image in my head of seeing co-workers drunk for the first time, making passes at others and asses out of themselves. Not that my co-workers yesterday were unexpectedly raucous—well, one was (more on him later). I was dreading it in the same way that I dread wedding or baby showers, or any kind of forced social interaction that involves games.

I will say that the red wine made it bearable. And I was seated next to people who I either genuinely like or at least share common interests with, other writers-for-hire who make up for their failed creative expectations by writing about others’ successes.

The party started with lunch—a mishmash of starch and meat that could very well have been left over from a party the night before and reheated: glops of pasta in cream sauce, congealed scalloped potatoes, parched ham, and a surly looking London broil wrapped in bacon. I nibbled, talked, nibbled, listened to the (pre-raucous) co-worker as he tried, haltingly, to perform Christmas songs on classical guitar. A glance around the table: heads down to conceal smirks, some lip-biting to keep from guffawing. There but for the grace of God go I, I thought, grateful that I’d not been asked to do anything.

My co-worker to my left, a PR writer, did a stand-up act lampooning a newly created job title with all the right insidery language to get the room laughing. His hands shook and his voice quavered a little, but he spun one-liners, satirical side-bits, and even a Gilbert and Sullivan parody. Thank god, I thought, relieved that I wouldn’t have to feign praise when he sat down again.

Then came the event that I had been warned about: the white elephant gift exchange. In staff meetings, co-workers talked about it as if it were equivalent to the OSU-Michigan game—there were bitter rivalries, lots of payback threats muttered under breath. I had never participated in a white elephant gift exchange before. In my mind, all party games are some variation on pin-the-tail-on-the-donkey: someone is selected to endure a disadvantage in full view of all the other party-goers. (Did that sound bitter?)

I had been warned that I might be selected as this year’s “Santa,” responsible for handing out the white elephant gifts. I was told about this during my first week of work, as if it were a ritual hazing. I was, indeed, selected—the entire office chanted my name.

A mini-course on white elephant gift exchanges: everyone brings an unwanted gift; the first person has to select a gift out of the pile, opens it, shows it to everyone, they oooh and aaaah or hoot derisively, and then the next person decides whether they want the gift the first person received or a new one from the pile; and so on, going around the room as each person gets to pick from all of the gifts that have been opened or a new gift. You quickly see that two or three gifts are coveted more than the others. I happened to bring a coveted gift: Barry Manilow’s greatest hits. While I have new respect for Manilow because of his appearances on the Colbert Report, I cannot un-mockingly listen to his music. The CD was a gift from my brother (and not a gag gift—he really likes Barry Manilow and thought I should too). Lesser gifts were exchanged in favor of Barry at least a dozen times. The other hits? An Elvis chia pet and a bicycle horn. Go figure.

I don’t know how long this ordeal lasted. The room was hot, and I was a tad drunk by the time my turn came. I selected the Yak, which was first opened by the now-raucous one—the classical guitar player whose favorite song, he announced this proudly, is “America, the Beautiful.” The Yak–a wooden doll in the shape of a yak covered in red hair–has been passed down through twenty Christmas parties. I’ve been told that the Yak has appeared in many different gift forms. In my case, it appeared as a figure in a diorama, which was why I wanted it. I love dioramas.

The raucous one, who at all other times is doltish, yelled (loudly) that I could not take the Yak, and when overruled by my fellow co-workers, he violently selected a new gift (its contents flew out of the bag as he grabbed it), pouted, and continued to hover next to me, whispering that I was not worthy of the Yak. I watched him leave the party with his guitar strapped to his back, carrying a bottle of wine, tottering down the gravel path back to the office.

I can’t honestly say the entire thing was as awful as I feared. The worst part was not knowing everyone and having to point awkwardly at people I couldn’t otherwise identify by name. The rest of the time, I was just trying to be a graceful Santa and not trip over gift-wrapping scattered all over the floor.

I did, after all, get a yak diorama, and Barry was a hit. 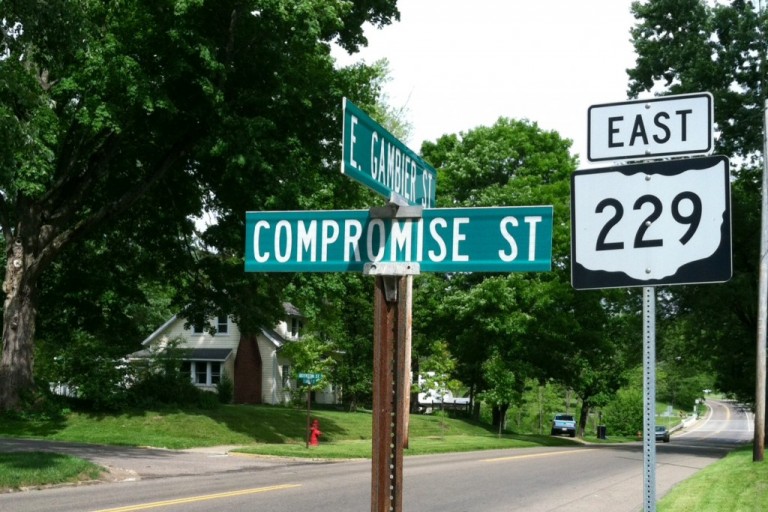