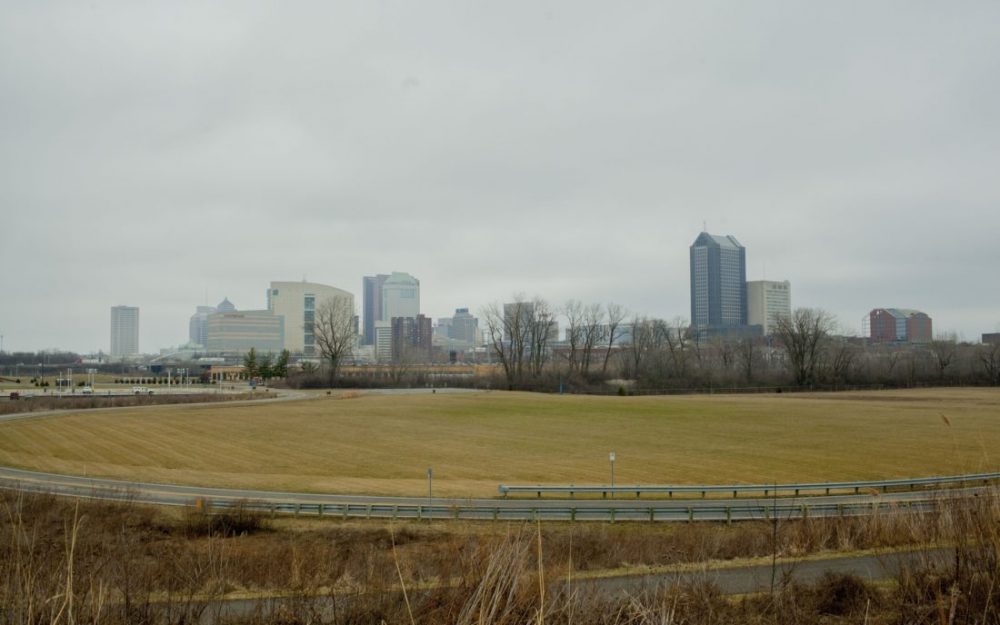 “This is how Rome fell,” I say to Kirat.

“Wasn’t there a siege or something? The Goths surrounded the city, which was protected by a wall like ours, and they wouldn’t let anyone in or out and people starved to death.”

“Well, there were sieges. But it isn’t quite the same. The Visigoths weren’t starving their own people. They were fighting the Romans. Unlike this, where our government has walled us inside, forced to fend for ourselves.” Kirat has a PhD specializing in India’s history just before colonization. I trust her.

“Yeah, you’re right. Warsaw, though. That was the same. Except we have skyscrapers.”

We’ve only known each other a few days, bunkmates assigned to trim the sprawling lilacs around the downtown square. Now we are checking each other’s hair, grooming like monkeys in the sun, looking for tics and spiders that leap from the scaly branches.

Our wall is still being built. Immigrants were flown up here on cargo jets. At first, they were going to push them over the border. Hundreds of thousands of them. Imagine that. It was impractical, of course, and would have led to rioting. Instead, they rounded them up in manageable groups and sent them in old FedEx jets to the targeted mid-sized “sanctuary” cities across the country. The kind of cities where no one lived downtown because it was too boring at night. They kept the good cities, like Chicago and New York. The glittery cities.

We were the opposition. They traced our posts on Facebook and Twitter, of course, but also by petitions we signed, the protests we attended, the messages we left on politicians’ phone lines. Evangelical church members were given our names, tasked with knocking on our suburban doors, slapping warrants in our hands, giving us five minutes to gather clothes and memories. Saying their prayers for us while they kept their gun sights trained. Being liberals, we had few weapons to defend ourselves.

Kirat is my bunkmate on the 39th floor of the Leveque Tower. I think about Warsaw a lot. What happened to the tall buildings there. But then I remember that the ghetto was bombed.

I comb Kirat’s hair with my fingers and think about the yoga video I used to follow every day. Standing in mountain pose, the teacher would say, “Lift your arms above your head, and look up.” The earnestness in her voice convinced me there was something to see when I looked up—something magical and holy. I hold such voices in my head. We have no music, no television, no movies, no art.

You would think we would have everything we needed in the heart of the city. But here, there are no supermarkets. The small grocery stores were raided the first week. And the government cleared as many buildings as they could before moving us. We heard rumors: FEMA was setting up water stations, creating large latrines in the old Lazarus department store, turning parking garages into soup kitchens. The guards shuffled us into buses that took us to different parts of the city where we slept in tents while the crews flattened office cubicles into rows of bunkbeds.

On the outside of buildings, everything looked normal. Except that we all dressed the same and no one carried brief cases or bought newspapers from the metal boxes lined up in front of the bank. They gave us pastel jumpsuits. I think some white guy with a beer belly contracted with the Chinese to stitch the seams tightly, understanding that the material will soon stretch and fall from our bony shoulders like shrouds. From drones, they photograph us. The guards urge us to smile for the cameras. Look up and smile.

The yoga teacher is in my head: This inhale. This exhale. I still breathe.

Maybe they will disperse plague viruses or other biological weapons to kill us more quickly. Already, they are discovering what the Germans learned: you can only burn so many bodies in a day.

Yoga teacher says, “And look up.” And I do look up at the insurance company’s skyscraper. A body falls from one of the highest windows.

It’s only been thirty days. The wall isn’t finished. Dark screens temporarily divide us. Someone on the other side is playing “Sentimental Walk” out a window of a car, driving up and down South Street. Would I rather have food? Not really. I close my eyes and listen. 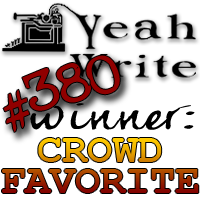 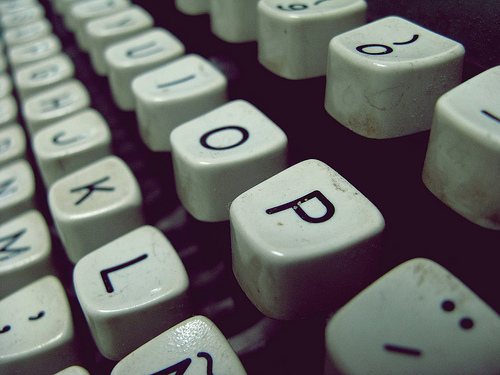