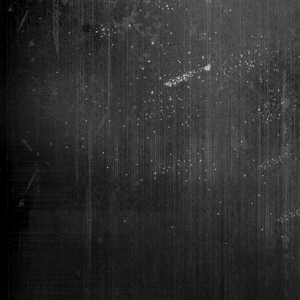 “People did impossible things in the shadows.” That’s how I tell the story.

Valentine’s Day, 1955. It was a Monday and on the newsstands, Carl Jung’s face peered out from the cover of Time. In her syndicated column, Eleanor Roosevelt told us about her Midwestern visits, while Life magazine reported on the mysterious life of Anastasia, daughter of the last Russian tsar. After buying my magazines, I walked down the alley to work. Miraculous things happened here for a while.

Some walked into shadows accidentally and suddenly were capable of great feats. A 72-year-old woman floated above the street, her shoes dangling and dropping, one after the other. A scrawny boy lifted his father above his head, spun him around like a helicopter blade until the man cried that he was going to get sick. The boy put him down and apologized but he was terribly excited.  One young woman discovered that she could recall every word she had ever read. She stood in the shadows for two hours reciting the Bible, which she had studied with her church group back home in rural Michigan. She begat this and begat that until her husband, tapping his foot impatiently, grabbed her arm and pulled her into the sunlight. He wanted to see the Empire State Building.

In the shadows of tall buildings and wide oak trees, of supermarket signs and barn sides, people found lost things. Those afraid of heights fashioned tightropes and walked across the shadows between buildings, a hundred feet above concrete. The blind could see silhouettes of those they loved, sparkling in the sun beyond the shadows. Paddy McArthur’s pockmarked cheeks became smooth and luminous; his bald head grew thick, curly black hair. Ginger Solling, passing by, took one look into Paddy’s green eyes and fell in love. Just like that.

The most honest men became thieves and stole time in the shadows, only to return everything once they stepped into the light.

It was magical and dangerous and thrilling. You would take your lunch break and walk outside, find a deep shadow down an alley or at the edge of a parking lot to see what happened next, like watching an improvised parade of extraordinary talent. Some, of course, liked themselves better in the dark and never wanted to leave. Others left husbands, wives, children, parents to find bigger, roomier shadows for themselves. Entrepreneurs built shadow-casting walls on empty land and charged admission. Wherever it was winter, the shadows were longest, most profitable, as the sun sat low in the sky.

Narrow streets lined with trashcans– the lair of cats, rats and sots—filled with fashionable ladies and tweedy professors, the neighborhood grocer and the mailman, secretaries and stockbrokers. Not everyone had changed by walking from light to shadow, and those who had could not predict when their newfound skill would emerge. “Will I become as fast as a cheetah?” a girl asked. “It is not for us to say,” her mother replied.

In the flat desert, where no shadow rested, the people wished for shade, not miracles. On an island where low buildings offered little shadow, children played in the sand and ocean. But in the city, a jungle of high rises and skyscrapers, the rich pushed the poor onto the sunny side of the street and coins rang hollow into their burnished tin cups.

One day, Paddy McArthur stepped out of the shadows and proposed to Ginger. With one knee on the hot July sidewalk, he held the glittering ring in the sun. “Yes,” she said. “Oh, yes.” Our enchanting shadows faded into fine dust. 15 Comments → The Days of Magic in Shadows