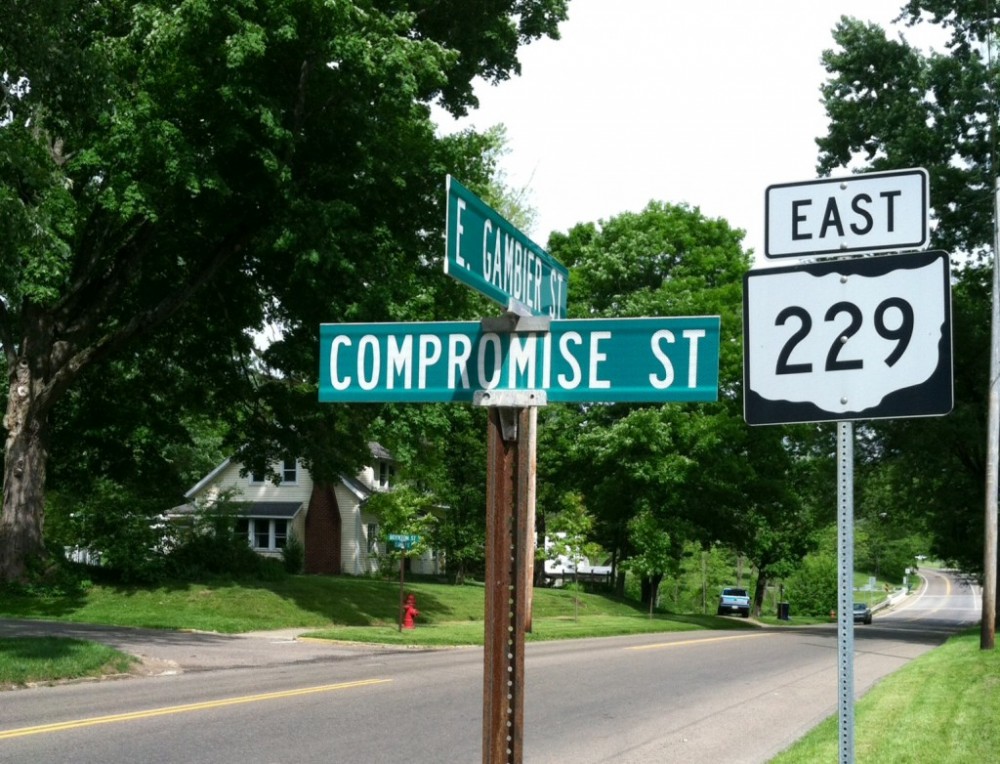 The street name was unusual for its time. In late 19th-century American towns, street names flourished with botany, poets, and presidents: Oak Street, Madison Street, Longfellow and Poe. “Compromise” has a harder edge; it suggests a struggle existed and then a deal struck. Near the river, at the edge of industry, it begins at an elbow in the road where South Street curves and boundaries blur.

I retrace my steps along Compromise Street, running north to south. I spy a replica suit of armor on one porch, a shark’s jaw nailed to the fence door at another house. At the north end, restored U.S. Army jeeps sit ready in a driveway. At the south end, a decayed home–red paint peeling from the wood siding, waist-high weeds, barn in the back with a “detour” sign on its door—signals there is no good time to visit.

In my head, Joni Mitchell writes a song about Compromise Street during her Jaco Pastorious phase, something slightly discordant. No “both sides now”* here.

To compromise implies sacrifice.  We agree to let go of what we wanted and bind ourselves to each other. We shake hands, we promise something, but we walk to our houses alone.